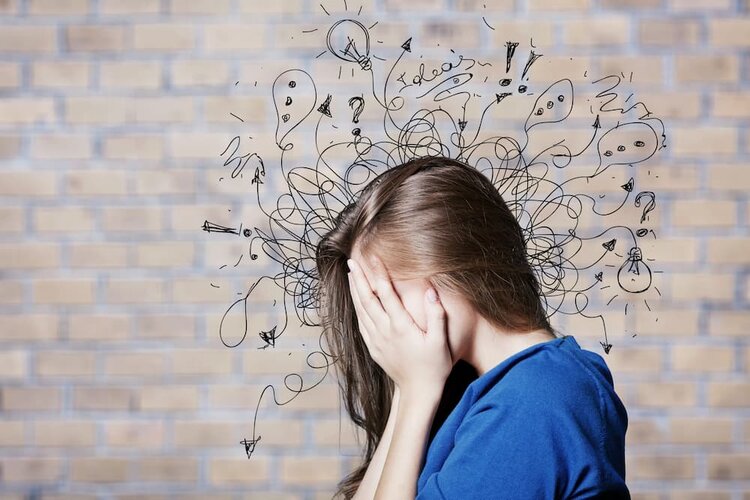 Learning about ADHD will help you understand why you or a loved one might experience things such as:

Attention-deficit hyperactivity disorder is a neurodevelopmental disorder that affects both children and adults. When a child is diagnosed earlier in life, he or she can begin on a treatment path that will encourage success in school, relationships, and the child’s personal life. Even if the diagnosis doesn’t come until adulthood, treatment can begin to improve the individual’s situation. It’s important that you recognize the signs of ADHD syndrome so if you’re struggling, you can get an assessment, get diagnosed, and get on the right path to a more manageable life.

The following are some signs of ADHD in kids and adults:

1. THE NEED TO BE IN CONSTANT MOTION

A common sign of ADHD in adults, you might feel a need to be in constant motion. Maybe you feel that you have an internal motor that just won’t stop. If you can’t get up and move, it might cause you to feel anxious and frustrated. You might pace, go on lots of walks, tap your feet or hands, change seats often, or shift around in the seat you’re in.

Someone experiencing hyperactivity might appear to be in constant motion. Children might have a hard time staying seated, will often squirm and fidget, and will have a hard time controlling themselves. All children with ADHD are hyperactive. Adults dealing with hyperactivity might seem to be extra sensitive to sounds, activities, conversations, and situations happening around them. They will often try to insert themselves into those activities and conversations, only to not be able to stay still for the duration of the event.

Impulsivity is something that makes many adults suspect they’re dealing with ADHD. You might interrupt others when they’re speaking or say socially inappropriate things. At work or in your social circles, you might rush through tasks without thinking about the consequences of your actions. Sometimes the simple fact that you’re an impulse shopper when you can’t afford it could indicate you should be assessed.

People with ADHD often miss details, which causes them to make mistakes. This could be skipping over a question on a homework assignment or skipping a step on a professional project. Adults might have a hard time in relationships because they don’t see or hear what their loved ones are telling them or showing them, so they make relationship mistakes more easily.

6. THE INABILITY TO SUSTAIN A CONVERSATION

7. THE INABILITY TO COMPLETE A TASK OR FOLLOW INSTRUCTIONS

In some cases, someone with ADHD will simply avoid having to do a task because it requires too much mental effort. In other cases, he or she might begin a task, only to move onto something else before the first task was done. If you suspect you have this disorder, you might have a hard time following instructions, no matter how hard you try to focus.

There’s a lot of noise and commotion in the world, and someone with ADHD will have a hard time focusing on any of it for an extended period of time. The second something starts happening around them, they are easily sidetracked and will begin paying attention to the thing they’re not supposed to be paying attention to.

9. THE INABILITY TO ORGANIZE ACTIVITIES OR MANAGE TIME

You can’t often trust people with ADHD to organize an activity or manage time when there’s an important task at hand. Because they can get easily sidetracked and have a hard time sustaining conversations, the planning and organizing simply will not get done. Children with ADHD often get poor grades because they can’t mentally figure out how to prioritize assignments and other school projects.

10. THE INABILITY TO KEEP BELONGINGS IN ORDER

Someone with ADHD will often have a home that is out of order. It’s not that they enjoy clutter or don’t want to be organized, but moving from one task to another before the first task gets finished means that chores don’t get done and hobbies aren’t seen through to the end. Children with this disorder often have messy bedrooms.

Moving from one thing to the next is going to cause people to lose things. Children with ADHD will often lose their toys or forget where they set their homework. They might come home from school without jackets or backpacks because they set them in the wrong location at school and haven’t been able to locate them yet.

12. FORGETTING THINGS YOU DO REGULARLY

Walking into a room and completely forgetting why you’re there is something everyone does from time to time, but someone with ADHD will do it frequently. Even though you water the plants every morning, you might also forget every morning that it needs to be done. You might forget about commitments you made to get together with friends for lunch or a date you made with a significant other.

Many children with ADHD have pent-up energy that needs to get out, and if they’re in a situation in which they’re getting in trouble for moving, they might fidget a lot. You might notice someone with ADHD twirling a ring on his or her finger, or pulling out and swirling his or her chewing gum. Children will often wiggle, squirm, fidget, shake, and bounce in their chairs if they aren’t allowed to work out their need to fidget on a larger scale.

14. THE NEED TO TALK FAST OR NON-STOP

You might have noticed that someone simply can’t stop talking. Maybe you have a loved one who keeps talking, even when you ask him or her to stop. Maybe your loved one wants to tell an entire story, so when he or she gets interrupted, the talking gets faster and louder. All of these signs point to ADHD.

15. THE NEED TO INTERRUPT OTHERS

At Elevate Psychiatry, we have a team of professionals looking out for you and your loved ones. If you have noticed one or more of these signs and have begun to ask yourself, “What is ADHD?” or need to know “When do ADHD symptoms appear” then give us a call today at (305) 908-1115 to schedule an appointment.